At Pocket Learner we believe that it is essential that children from the very basic level develop an understanding of the math processes that will enable them to figure out what they do not know. We have therefore incorporated a simple but clear system for the child to understand the basic foundation of addition, subtraction, multiplication and division.

Adults with at least basic numeracy skills can expect to earn a quarter more than those who lack the necessary skills to solve basic mathematical problem. When young learners are able to grasp the fundamentals they are on their way to being numerate. 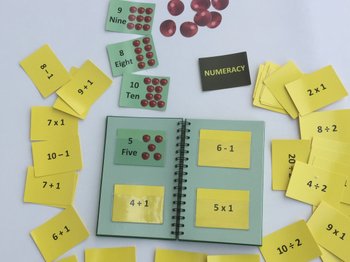 Many will be surprised to hear that almost half of the working-age population (17 million) of England have numeracy skills equivalent to those expected for an 11 year-old child.

This is certainly of great concern not only for employers but for any government that understands that poor numeracy is a huge problem that affects people and organisations in ways that are not immediately obvious. For example, adults with poor numeracy skills are twice as likely to be unemployed than those who enjoy some competency in numeracy.  Between a third and a half of people with poor numeracy skills have a desire to improve them and less than 4% have actually attended any numeracy classes. It must be noted however that this problem is not unique to the United Kingdom.

In Australia business leaders were asked how poor numeracy affected their businesses.  Over three-quarters of respondents said that their businesses were affected with almost 40% reporting a moderate to high effect.

In the USA over a third of all school-age American students are scoring 'below basic' on the National Assessment of Educational Progress.